Olivier, a native of Belgium, has been with AOLTI since 1999. He has an extensive language background, including studies in English, Dutch, Russian and Latin, and achieved University degrees in Translation and in Slavic Studies. He has also completed a certificate program in Localization at the University of Washington. In his free time, Olivier likes to spend time with his family, read, play guitar and exercise outdoors.

Chiaki, a native of Japan, joined AOLTI in 2010. She holds a BA in English and a M.Ed in Bilingual and Multi-cultural Education. Before joining our team she held various positions in the translation, editing and software industries. She is  also experienced as a freelance English to Japanese translator. In her spare time she enjoys listening to classical music, playing piano, gardening, swimming and she is an avid reader.

Nayely, a Seattle native, joined AOLTI in 2010. She holds a BA in Linguistics from the University of Washington. Before coming to AOLTI, Nayely worked as a freelance Spanish interpreter serving medical facilities in King and Snohomish Counties. She has ties to Mexico and Peru and has traveled extensively in Mexico, Central and South America. She enjoys spending her free time with her husband and two small daughters and has a love for flying and the outdoors.

Jordan joined AOLTI in the summer of 2019. She is an Ohio native, but has also lived in Texas and Japan. She received her post-secondary education at the International Christian University in Tokyo, where she graduated with a BA in Media, Communication, and Culture. She has been studying Japanese for the past few years and has a small amount of experience as a freelance translator. In her free time, she enjoys traveling, playing the piano, and drawing.

Yeonsoo, a native of Korea, joined AOLTI in 2020. She holds a BA in English Education and MA in Translation and Interpreting. Before joining AOLTI, Yeonsoo worked as an in-house interpreter/translator at government agencies in Korea as well as a lecturer in T&I programs. She is also a DSHS-certified medical interpreter and document translator. In her free time, Yeonsoo likes to spend time with her family, read, and travel.

Chaouky, a native of Lebanon, established the Academy of Languages in 2002 as an independent corporation, following its initial establishment in 1990 as a branch of the Washington Academy of Languages which he co-founded in 1979. He is a founding member of NOTIS, has served on the education committee of the Red Cross Language Bank, and helped establish the Translation and Interpretation Institute in Seattle.

Sherri has been with the Academy of Languages since 2002, handling the Company’s finances and general corporate responsibilities. 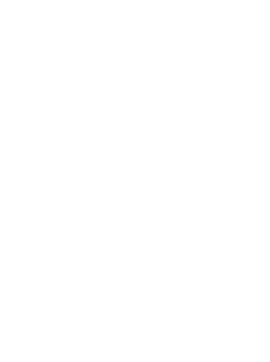